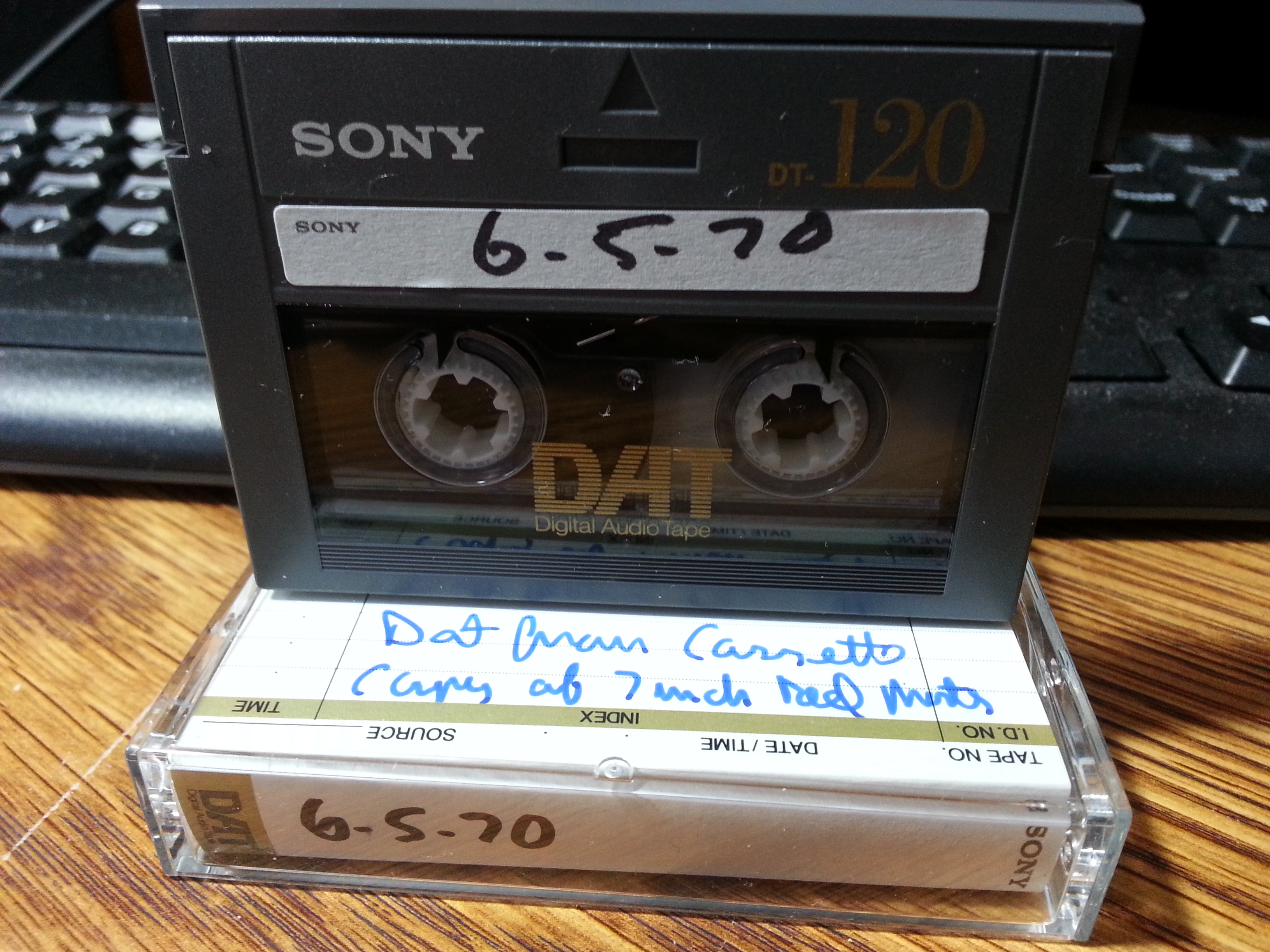 Dire Wolf, I Know You Rider, Silver Threads, Friend Of The Devil, Me & My Uncle, Black Peter, New Speedway Boogie

Reviewer: PigpenLives - - February 19, 2015
Subject: a night of classic dead
I can't get enough of these mid-1970 runs from the Fillmore West - April, June, August. This recording now gives us a fairly complete set of SBD recordings from the June shows - 4th, 5th, 6th, 7th. Thanks for sharing!

Pipgen: "There's not going to be another fucking word sung from the stage until the monitors get fixed."

Around 7:00 into the Other One there's some high pitched feedback (from the cymbals, sounds like) and you can hear Bobby scream "GODDAMMIT!"

But, as others have noted, the quality of this recording and transfer is amazing. Personally, I find the sound of the band playing right at the bleeding edge of sonic overload most exciting (and it doesn't appear that this audience minded very much). Plenty of detail here, with all the instruments nicely eq'd and separated.

The cut towards the end of Cryptical is brutal but it's a great version otherwise (the Attics barely exists on this tape).

Pig seems to be pretty fired up for this Hard to Handle. There's a few warts in this version and it never really leaves the atmosphere but still a fine cruise.

The St. Stephen, on the other hand, includes an exceptionally intense, no-nonsense jam. I'm sure Casey Jones was not what most people had in mind for a follow-up but it, too, is played with sharp focus and loads of energy.

Uploaded by Matthew Vernon on February 15, 2015